Stephen Lacey is an Emeritus Professor of the University of South Wales. He recently took early retirement after 38 years as a university academic teaching drama, film and television in universities across the UK, including Scotland. Much of that time was spent teaching and researching British television drama and contemporary theatre, including community and participatory theatre, often working with students outside the university classroom. He has also participated in research projects that engaged with the wider community and public bodies, including the BBC Trust Cymru/Wales and the Welsh Assembly Government.
​
In an earlier life, he was active in community theatre in Scotland, working with the Craigmillar Festival Society and Theatre Workshop, Edinburgh. More recently, he has been a trustee on the Board of the Rural Media Company, Hereford. From 20012-18, he was the Chair of the Standing Conference of University Drama Departments, the professional body that represents departments of drama and performance in UK universities. He moved back to Dumfries and Galloway in 2013 and lives in Lockerbie.

Davie worked in the Building Trade before joining Dumfries and Galloway Constabulary, serving in Stranraer, Dumfries and the Scottish Crime Squad in Glasgow.

After retirement he joined the Local Health Council, this became Dumfries and Galloway Advocacy Service which Davie has chaired for a number of years. He also became a member of Dumfries and Galloway Children’s Panel, becoming Chair and the Area Convener on the inception of Children’s Hearings Scotland. Davie also chairs the Training Committee for CHS and West Lothian College and is on the Board of Children 1st covering south west of Scotland.
​
Davie joined Dumfries and Galloway Housing Partnership some 10 years ago and was Chair of the Audit Committee for four years and then Chair of the organisation for the past four years.  He believes that the Arts in whatever form gives the vulnerable in our society a voice and ultimately social inclusion. The access to leisure and cultural facilities and through this the opportunity to express their views.  He also believe that through arts our people and communities will be, and feel , safe and secure. Community and individual resilience can be built and those individuals and communities are treated fairly and with respect. 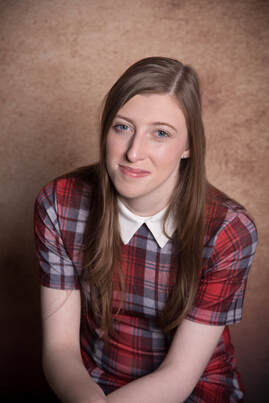 ​Catriona was born and raised in Stranraer and graduated from Perth College UHI with an Honours
Degree in Popular Music in 2017 before returning to Dumfries and Galloway. She developed a keen
interest in Event Management during her time away and volunteered at events such as the
Hebridean Celtic Festival and Celtic Connections.

Catriona has been involved with Stranraer RNLI Park Fest since 2016, both as a member and leader
of the Young Guns Team, and more recently the overall Event Manager. She is Chair of Dumfries and
Galloway Arts Festival’s Young Promoters Group and Stranraer Music Town Committee, and is also
Tutor for Stranraer Guitar Club Juniors.

As a freelancer, Catriona was employed as Entertainment Coordinator for SkiffieWorlds 2019,
planning and developing a weeklong programme featuring music, theatre and dance as part of the
World Championship event’s Shoreside Festival.
​
Catriona has an eclectic taste in music, but as a performer has an interest in Scottish Traditional
Music, and in 2017 released her debut album, Òran, as part of her Degree project. 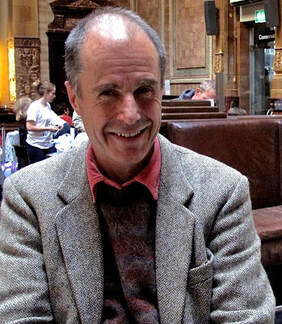 Julian has over thirty years’ experience working in the visual arts – encompassing museum and exhibition curating, art conservation, arts centre management, historic property and land management, archive development and art publishing, as well as being an artist and illustrator with a particular interest in the link between word and image.

He lives in Dumfries and Galloway and has active connections in Northern England and Northern Ireland. He works in consultancy with an emphasis on change-of-use in historic buildings and whole-community development though action planning and regeneration.

Living and working in Dumfries and Galloway has strengthened and deepened his understanding of issues facing rural communities which exist away from modern conurbations  - and how all the arts can and do reflect and enhance our experience of these, often in remarkably abundant ways.​ 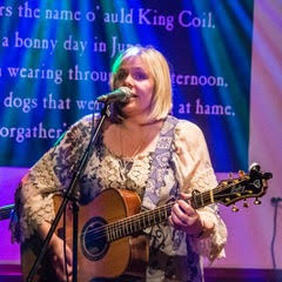 Mandy is an active musician, performer, actor/producer and member of folk band Life O’Reilly, also Check the Diary.  Mandy has been a member of Stranraer Drama Club since the early 90’s both on stage and off producing and directing.  For several years she was also a member of Stranraer Music Town and after a 10 year involvement has recently stepped down as chair and organiser of Stranraer RNLI Park Fest Music Festival.
​
Mandy is employed as an Officer by Dumfries and Galloway Council, she also coaches young people in guitar and performance both privately and voluntarily with Stranraer Guitar Club.  Mandy has always been a strong advocate for the youth of D&G and believes we have a depth of talent in the region.  Mandy understands COVID-19 has had a devastating impact on the Arts and would like to contribute to its aid and recovery. 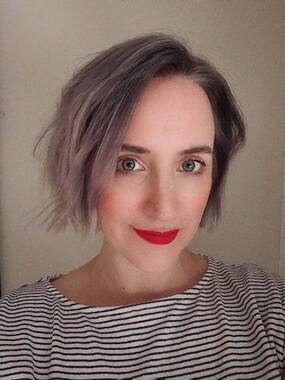 Lucy is a freelance creative practitioner, arts educator, founder and Creative Director of Outpost Arts, a rural arts organisation based in Langholm. Being on the ‘front-line’ of rural arts gives Lucy a clear perspective of the ongoing difficulties and obstacles faced by artists and arts organisations including COVID-19.
​
Lucy is passionate about the success of artists, makers and culture/arts organisations in the region, and their ability to positively impact on our communities. Lucy believes wholeheartedly in DGU’s strategy to create a strong and visible network which supports, facilitates, and champions the arts, creating easy access points for potential funding/opportunities.
Lucy hopes that her background would help DGU form clear strategies regarding development, delivery, marketing and fundraising, potentially pinpointing new opportunities to support and promote the region’s creative practitioners and arts organisations. 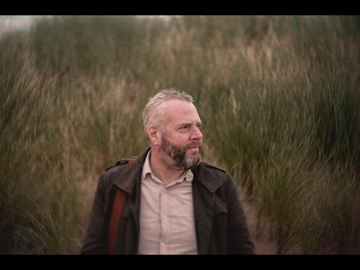 ​Frank has broad and varied experience as a photographer, illustrator and environmentalist as well as being the founder and managing director of For Enjoyment CIC. He started this social enterprise 4 years ago after working within the arts in Dumfries and Galloway for the last decade. The work Frank does daily can vary between organising and running workshops to event management, exhibition management, mentoring and developing and nurturing partnerships with other organisations throughout Scotland. Through his work with FE Frank has seen much success and recognition, including becoming a finalist for the D&G Culture Champion Award and has produced artworks in partnership with Whizz-Kidz, now installed in the First Minister of Scotland’s office.
​
​
​Frank’s experience has given him a keen insight into the arts sector in Dumfries and Galloway. He has supported others in their creative ventures.  For Enjoyment have been busy over the last year establishing a base in Elgin in partnership with the Moray Well-being Hub, and this led to wider participation across Morayshire and Speyside. Frank is committed to nurturing the artistic ability within everyone and improving mental and social health, confidence and wellbeing through the power of art and creativity. He has nurtured partnerships with many organisations in D&G and throughout the rest of Scotland. 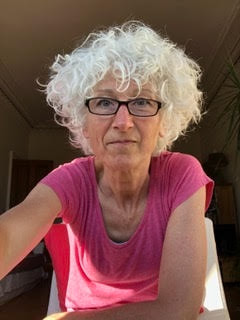 ​Barbara grew up on a farm in the South West of Scotland. She has an unusual portfolio of interests. She’s a creative consultant and service designer with an award-winning Masters in Design Innovation from Glasgow School of Art. As a consultant, she’s currently Business Recovery Lead with Scotland’s largest regional arts organisation, Aberdeen Performing Arts (home of iconic His Majesty’s Theatre, the Music Hall and Lemon Tree) and with Macrobert Arts Centre in the leafy campus of Stirling University. She’s also a Humanist celebrant and trained funeral director and is a Director of the Board of Caledonia Cremations. She’s passionate about innovating rites of passage, tackling funeral poverty and humanising funeral services and to this end runs her own business, Only Human (Rites), and a charity, A Quiet Revolution.

Over the years, she has worked with BBC, Scottish Arts Council, Scottish Government and many venues from Edinburgh’s King’s Theatre, Assembly Rooms and Usher Hall to Stirling’s Albert Halls, Tolbooth and Changing Rooms, Perth Theatre & Concert Hall, Horsecross Arts, Dundee Rep and Scottish Dance Theatre. For fun, she plays in Scotland’s longest-running women’s samba band, Beat That. She’s on a mission to get back ‘home’, swimming in Portpatrick whenever she can.